Shrimp, grits and gravy – a southern US road trip 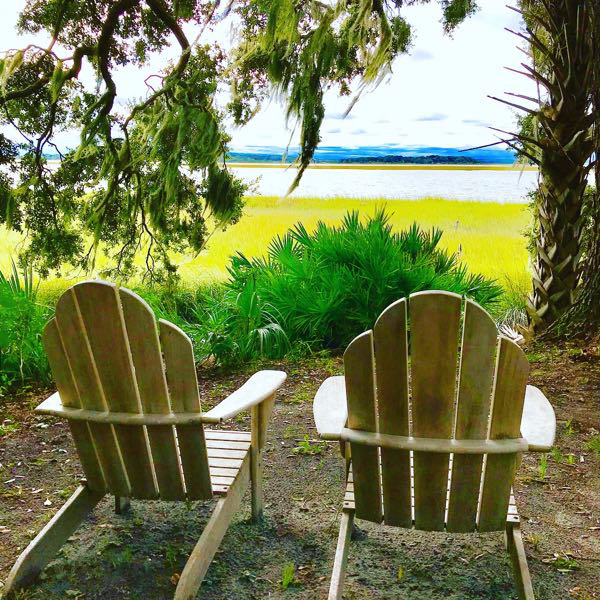 We arrived just in time for a midnight beer in the balmy air. Not wanting to waste a night in an Orlando airport hotel (currently the cheapest and quickest way to get to Savannah, Georgia), we picked up our Hertz hire car and made our bleary way in the moonlight straight to the nearest laidback stretch of Florida coast – to the pastel-porched surfer town of New Smyrna Beach. 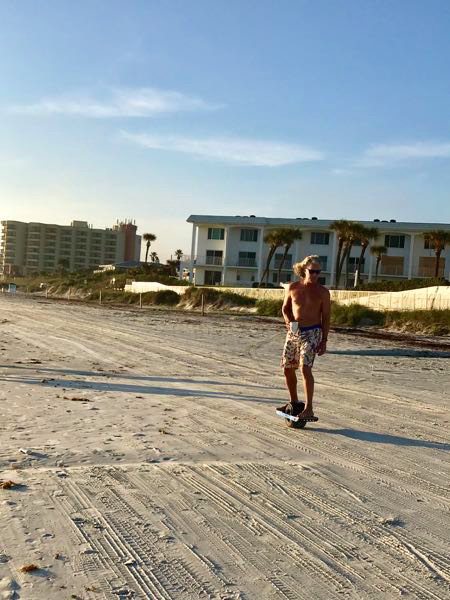 Our bed for the night was just a short walk away from the main drag, Flagler Avenue - The Salty Mermaid, a spruced up motel given a vintage vibe and boasting an enviable beachfront location. 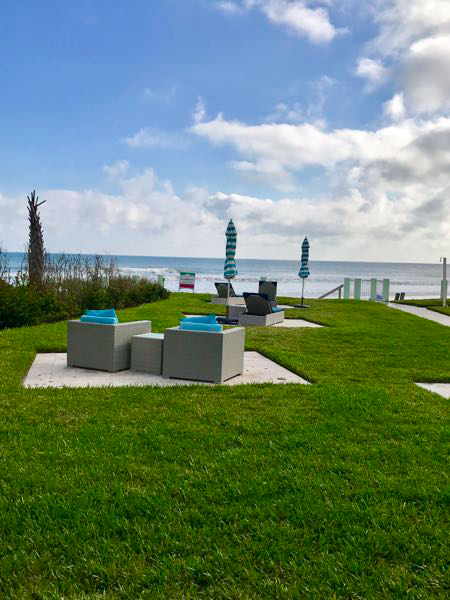 Yearning to properly stretch our economy cabin-confined legs, we rose at sunrise to stride along the wide sandy beach, until our rumbling stomachs led us to the Third Wave Café and its handsome plates of huevos rancheros, as we watched sellers setting up their stalls for the weekly market. Flamingo apron, anyone? 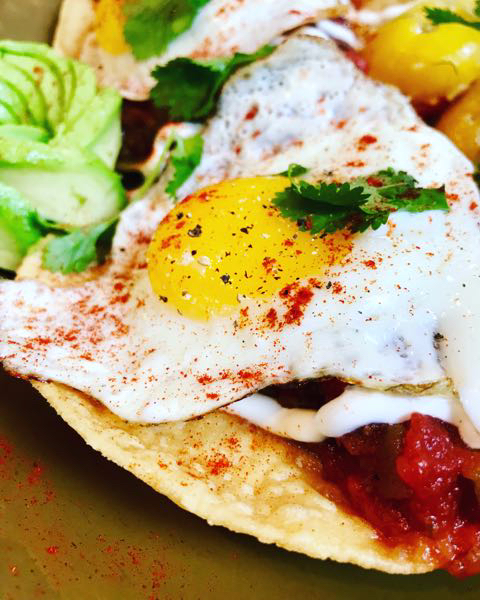 The next stop is Savannah, but not before getting our first glimpse of the low country proper as we cross the Florida State border. This is where coastal Georgia meets the sea, in a never ending expanse of wheat-coloured marshland broken up by shimmering tidal creeks busy with snowy white egrets, spoonbills and pelicans, viewed from the many elevated stretches of highway that we traversed, passing places with evocative names such as Wassaw, Sapelo and Ossabaw.

‘Fraid you’ll have to wait until my article is published in The Times to read about the Savannah leg of the trip, suffice to say that its lush skyline, punctuated with steeples, cupolas and cornices, with its mass of live oaks draped spookily with Spanish moss extending as far as the eye can see, seduced from the off.  So I’m picking up the story again as we hit the road after. 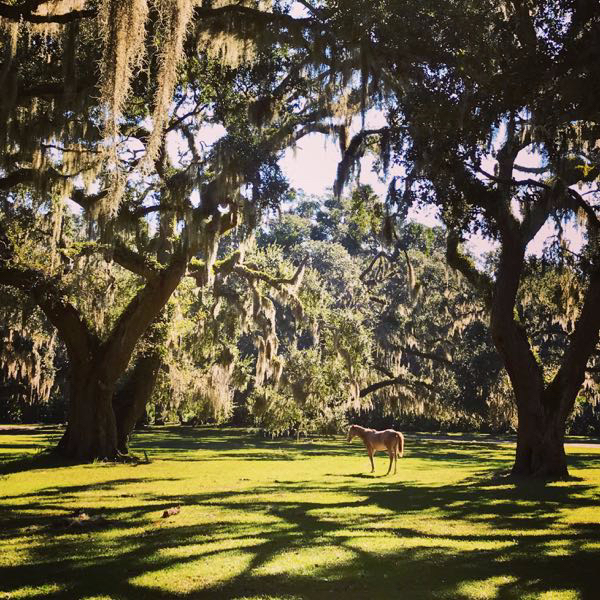 We had met a charming Savannahian gentleman the night before. Though they’re all charming here, and they really know how to party, the town more than living up to its name, the Hostess City - it’s one of three US cities to have an ‘open container’ policy, after New Orleans and Las Vegas, so weaving through the streets with booze in your hand is de rigueur. He recommended we head down quieter Route 17 for our journey south to our final port of call - the largest of Georgia’s Sea Islands, Cumberland.

You see, what we were craving was an authentic diner breakfast out in the sticks (read un-touristy), and that’s what we got, thanks to our gentleman - proper Southern biscuits and gravy at Angie’s in Midway, complete with the local sheriff and his deputy, a table full of tattooed truckers, and a sprinkling of grizzled, gun-toting regulars. 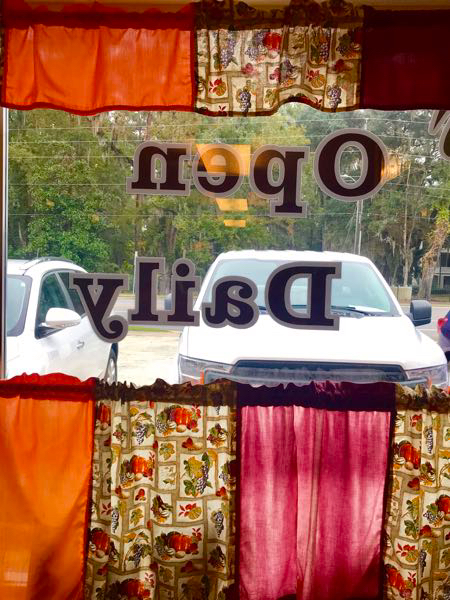 We continued south through a landscape of marsh and pine, palmetto and live oaks, bypassing some of the 100 or so Sea Islands that populate this section of Atlantic coast, stretching from South Carolina to Florida, which even local roads leave untouched, keeping them protected and pristine. We stop briefly in South Newport at a tiny tree-shrouded church that declares it’s America’s smallest, before reaching the small port town of Darien. 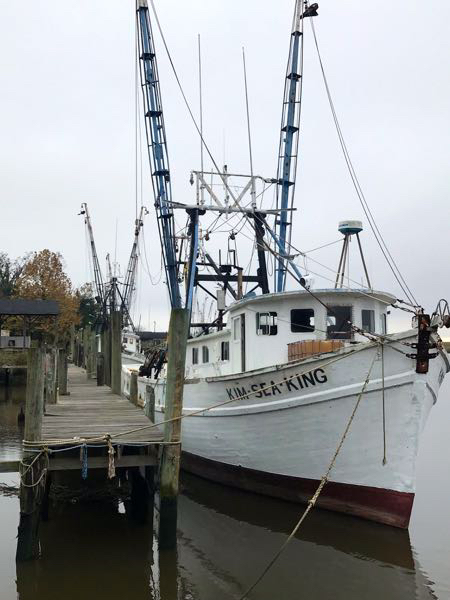 The 285-year-old town boasts one of the oldest, biggest Georgia shrimp fishing fleets. We checked out the tabby ruins, built using an old coastal construction technique that mixes oyster shells with concrete, then head to local’s favourite B&J’s for a mid-morning plate of the freshest wild Georgia white shrimp. But not before stopping by the Turnip Greens Grocery to peruse its well-stocked shelves, where we snap up some locally made napkins, hand-embroidered with – yes, shrimps.

Next stop is Brunswick. With its well-preserved Victorian-era old town and its causeways linking the city to four of the most populated Sea Islands, Brunswick also boasts chefs’ favourite, the Marshside Grill. 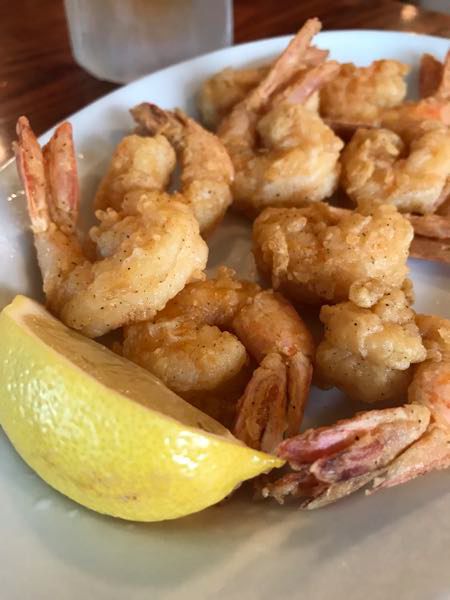 I say chefs – but really I mean one chef, the wonderfully named Griffin Bufkin at Southern Soul Barbecue on St Simons Island – last year's holder of The South’s Best Barbecue (Southern Living magazine), who recommended Marshside Grill’s fried shrimp (a girl can never have too much shrimp). 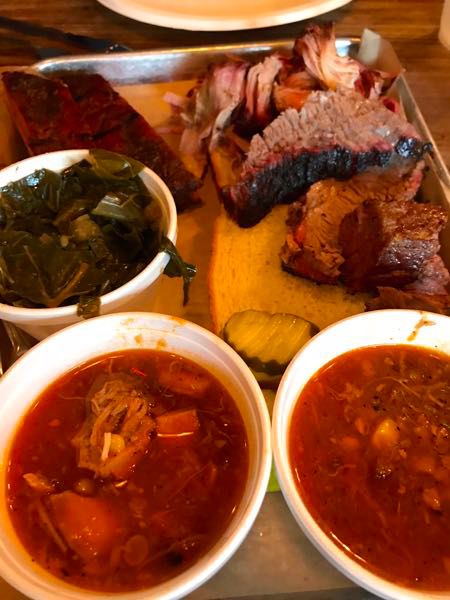 We had bumped into Bufkin in Savannah and it was down to him that we were here, thanks to his tales of Brunswick stew, a local speciality that combines different types of meat, with corn, okra and beans, which dates back some 200 years and owes its origin to the first settlers (see pic above). 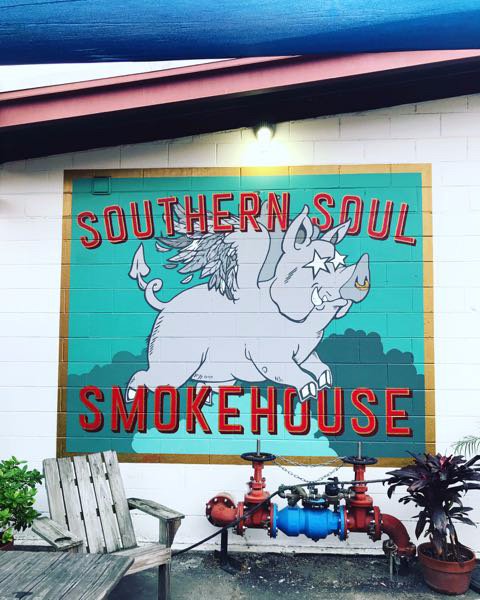 St Simons Island is the most developed of the Golden Isles, as they are also known, with half the island relegated to smart resorts and swanky residential developments. And there, on a roundabout, about half way along the Island’s only main road, is the fragrantly smoky beacon that is Southern Soul Barbecue. 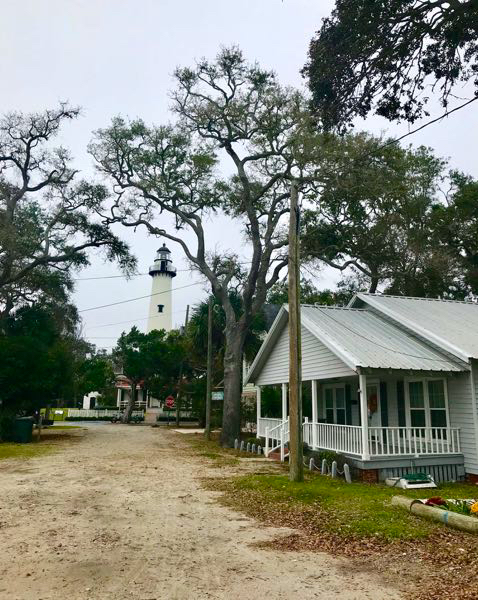 “We cook our brisket for 12 hours,” explains Bufkin’s head chef and business partner Harrison Sapp, a pit master of 14 years standing, as we let the meat slowly melt in our mouth. The ribs similarly fall off the bone. “We spray them with apple juice,” reveals Sapp. The Brunswick stew doesn’t disappoint, requiring a second portion just to prolong the enjoyment.

But we have a ferry to catch, to the Carnegie family’s former family home, now the Greyfield Inn on Cumberland Island – the most southerly of Georgia’s Sea Islands. But that’s another (Times) story.

Big thanks to Hertz for lending us a car. A similar one-week trip costs from £160.35, hertz.co.uk For further US road trip inspiration go to Hertz Road Trip Planner and disover more iconic and off-the-beaten track routes, maps and guides