Where to buy the world's best steak knives 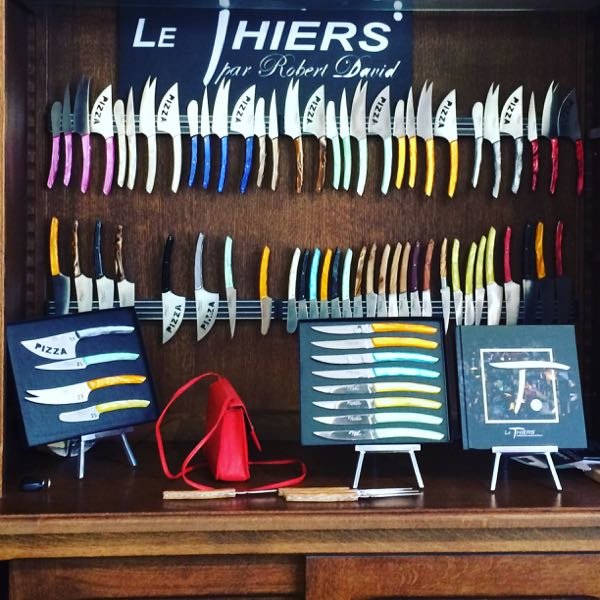 The handle is painstakingly carved out of juniper wood and it’s satisfyingly smooth to the touch – and I’m thinking €200 is a bargain for this knife. Then I move on to the sets. “There is no way we’re shelling out €800 for steak knives,” grumbles my husband, as he flips the box over to check the price. Ok, so maybe that is a bit steep, but when you see the work involved, I challenge you not to be seduced. I’m in Thiers, in the Auvergne region, and this is France’s cutlery capital. 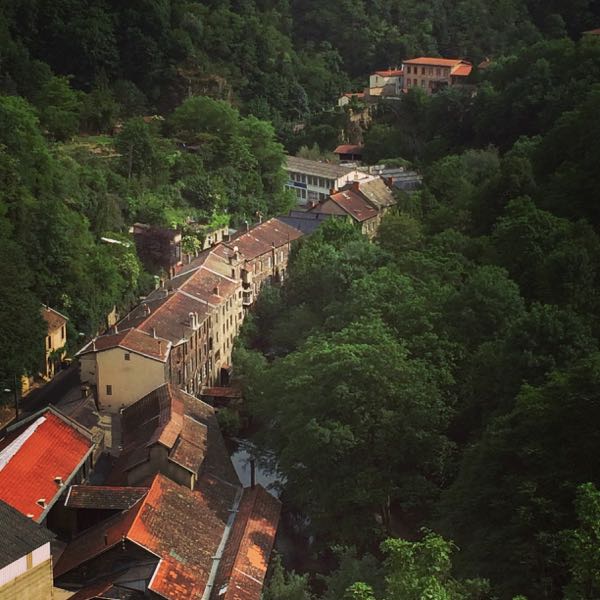 Perched on the steep slopes of the Durolle river valley, old town Thiers is a medieval gem. The knife thing happened here much later, of course. But by then the town had gained a reputation for industry, from tanneries to papermaking – and thanks to the fast-running Durolle River, plenty of blade-sharpening grindstone mills, which now stand solemnly, and picturesquely empty.

By the mid 19th century the majority of knives used in France came from Thiers. The labouring classes in particular were rather partial to closable knives that they could keep on their person (handy for slicing that lunchtime staple of home- cured sausage). Cue the ‘Laguiole’ knife – named after a town in the nearby Aveyron region, and now copied around the globe. 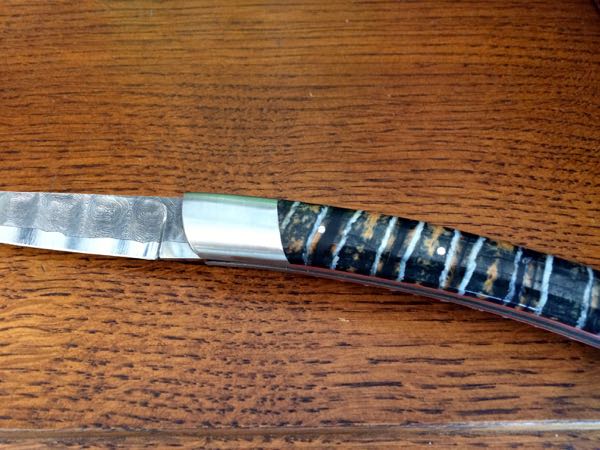 In fact, the factories in Thiers produced nearly 50 different models of knives, each with its own name, either after a region (such as the ‘Montpellier’ or the ‘Rouennais’, and the ‘Laguiole’) or the name of its inventor, such as the ‘Pradel’.

Rather surprisingly it took until 1994 for the citizens of Thiers to come up with their own style of knife (which is the one I’ve been fondling). The ‘Thiers’ is recognized for its sleek lines, and the name on the blade.

If we’d had time we would have trekked along the Vallée des Rouets – the valley of grindstone mills, where the Durolle River has dramatically carved out its course through the thick granite, and where abandoned knife factories now cling to its banks, serving as a permanent reminder of its rich, industrious past.

From June to September you can take a guided visit of the last mill still in use, included with your entrance ticket to the Musée de la Coutellerie (cutlery museum) up in the old town.

And it’s up in the old town where much of the knife action takes place today, from the multitude of cutlery shops that line that main street, to the knife makers’ workshops that cluster around the town.

First we stop by Robert David, where we meet Caroline Brossard, whose family established the company in 1919. For €35 per person you can make your very own ‘Thiers’ knife – even kids can join in and make a (much smaller, less dangerous) butter knife for €15. 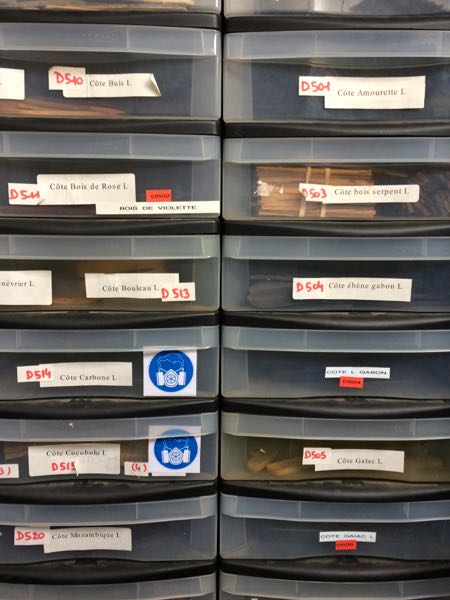 Though the average price spent on a knife here is a bit more than that - at €120, with the mammoth tooth-handled Thiers knife the most expensive, at €935 (Brossard’s favourite is the mother-of-pearl).

I have to ask, how come you can buy a set of six ‘Laguiole’ steak knives on Amazon for £8.99? “The problem is that this style was never patented. You can make a Laguiole knife in China, Pakistan or even Spain. Not the Thiers knife, though – that can only be made here,” she says. Indeed, 80% of Robert David’s production is the Thiers knife.

So check the blade the next time you are shopping for Laguiole knives – if you only see ‘Laguiole’ on the blade and not the name of the knife-maker, it could be from anywhere, she advises. And Brossard shares another little tip - if you are lucky enough to own one of these knives then never wash it, says Brossard, just wipe it clean. 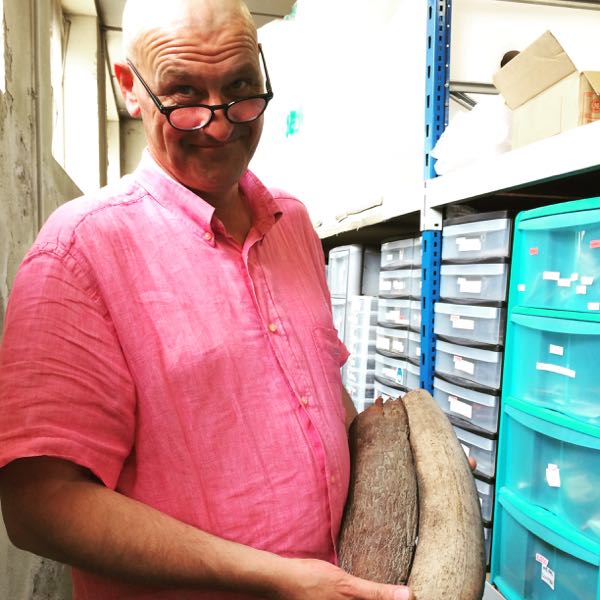 Next stop is Atelier Perceval. Owner Yves Charles is an ex-Michelin-starred Paris chef who returned to his home region in 2008 to make the perfect knife. He tells me that in 2005 he was on the hunt for steak knives for his restaurant when he came across the struggling company and Charles thought he could do better, so he bought it.

He did do better. In fact, he did so well that in 2008 he sold his restaurant to focus on knifemaking. Now Atelier Perceval’s ‘9.47’ knife from €50 is coveted by restaurants from Paris to New York, via Hackney (Ed Wilson, chef-owner of Brawn in Columbia Road is a huge fan). Or at the top of the range there is the meteorite-handled ‘Laguiole’ for €30,000. He has made three and sold one - destination Russia.

We finish our tours of Thiers with lunch at Les Choix des Mets, a cute little bistro located a little further down the hill run by husband and wife team, Damian and Aude Saurel, where for €18.50 for two courses, we enjoyed dishes such as fricassee of guinea fowl with broad beans, and beef onglet with morels - which cut through like butter with a Thiers knife.