This is the page where we share our current enthusiasms at a greater length than the 280 characters we're allowed on Twitter but more briefly than we burble away about them on our blog. 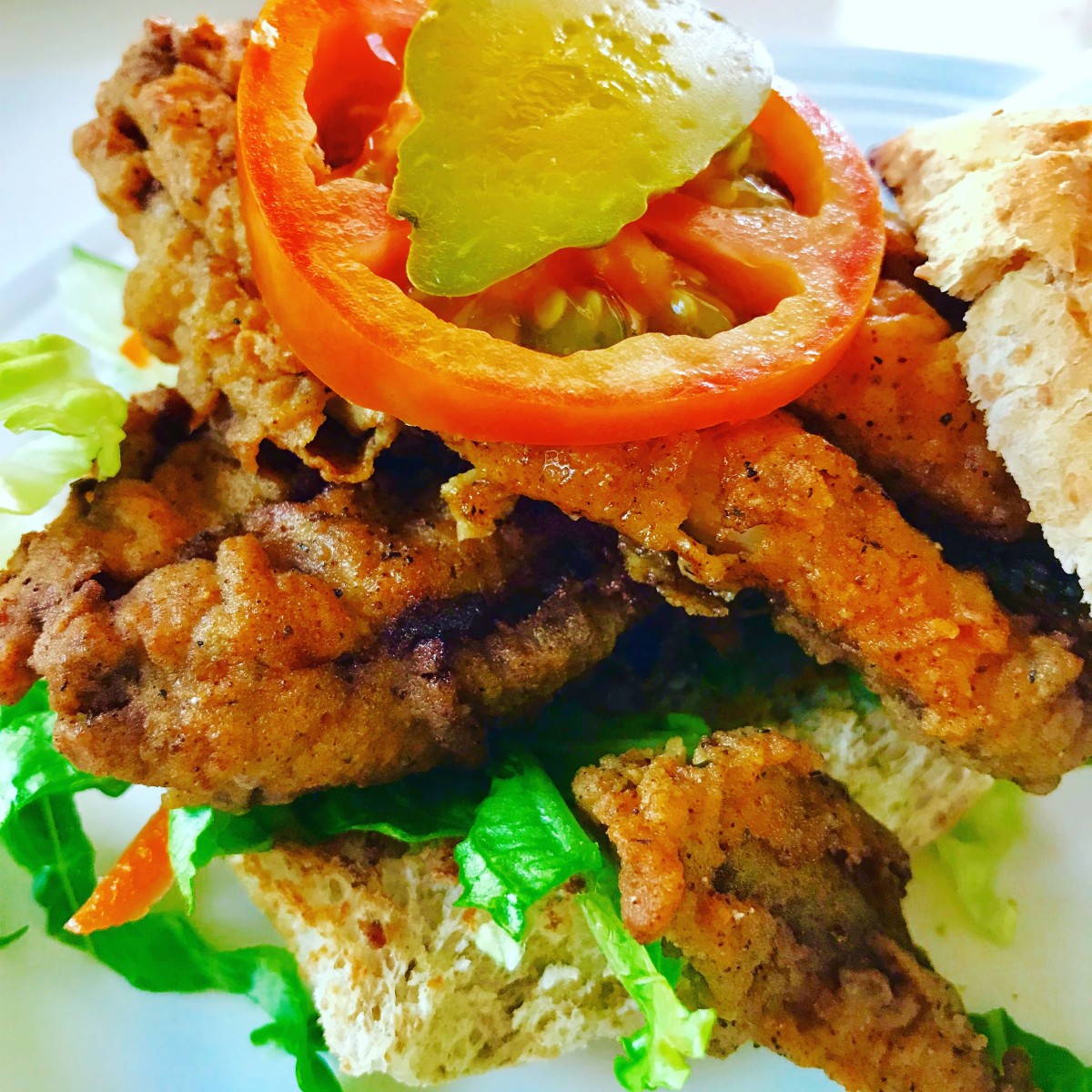 That’s a fish finger sandwich, to you and me. Though instead of Captain Birdseye’s finest, you have flying fish fillets dusted in Bajan seasoning flecked-flour, coated in egg, and covered in fine breadcrumbs before being pan-fried and served in a salt bun. It’s a Barbadian’s lunchtime snack of choice. Ours, too. Our favourite? At Ju Ju’s Beach Bar in St James, after a sneaky piña colada at The Lone Star. 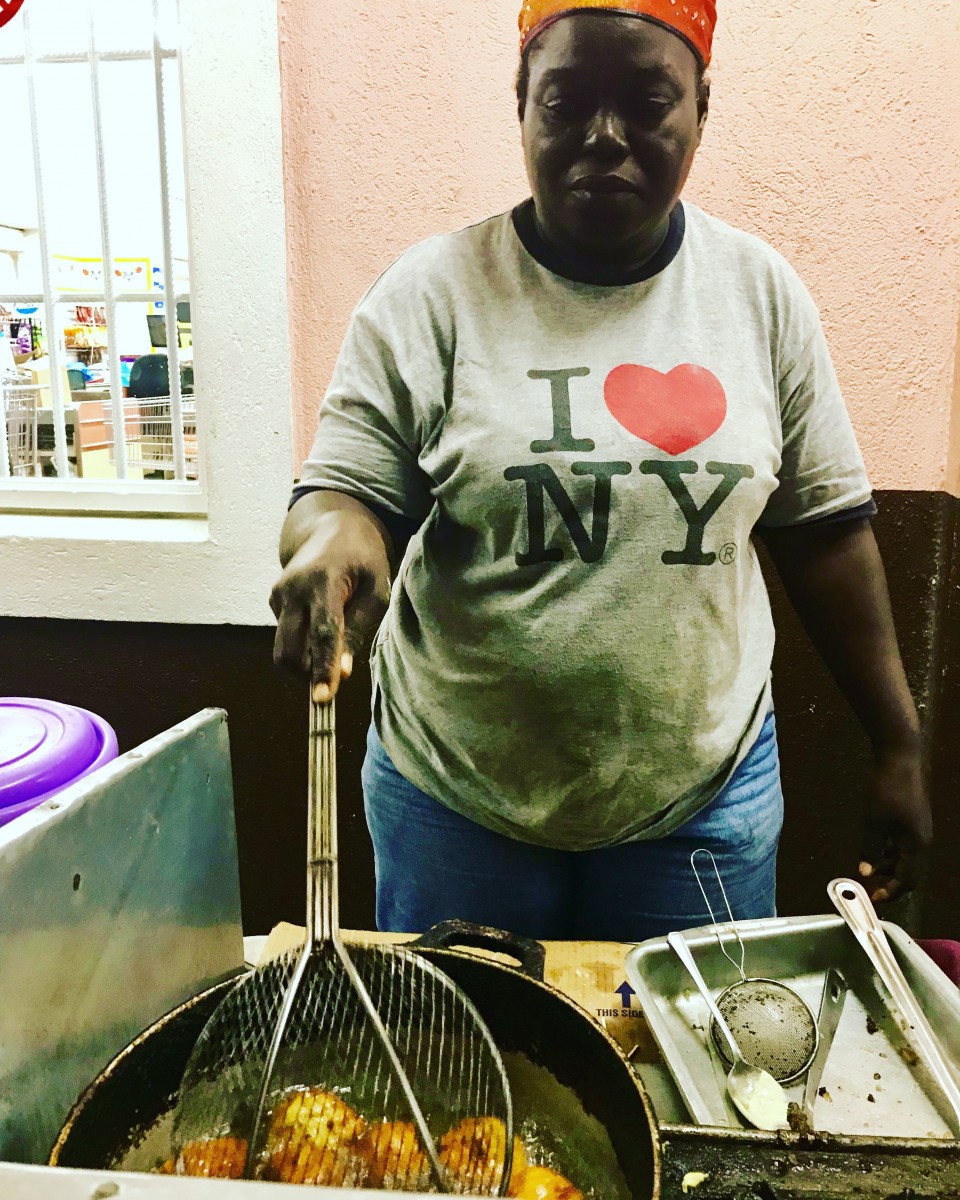 Traditionally eaten for breakfast in Barbados, these lightly spiced salt cod doughnutty fritters are our favourite Bajan street food, and a perfect match for rum punch. Locals also like to eat them stuffed into salt bread, know as ‘bread and two’ with a slick of Bajan hot pepper sauce. The best we tasted were those cooked up by the street food vendor outside Jordan’s supermarket in Speightstown.

Barbados may have its own thriving craft beer scene (where doesn’t?) but for us there was absolutely nothing to beat an ice cold Banks lager on a steamy hot evening. Enjoyed by Bajans since 1961 and a very respectable 4.7%, you can actually buy it from Beers of Europe back in Blighty 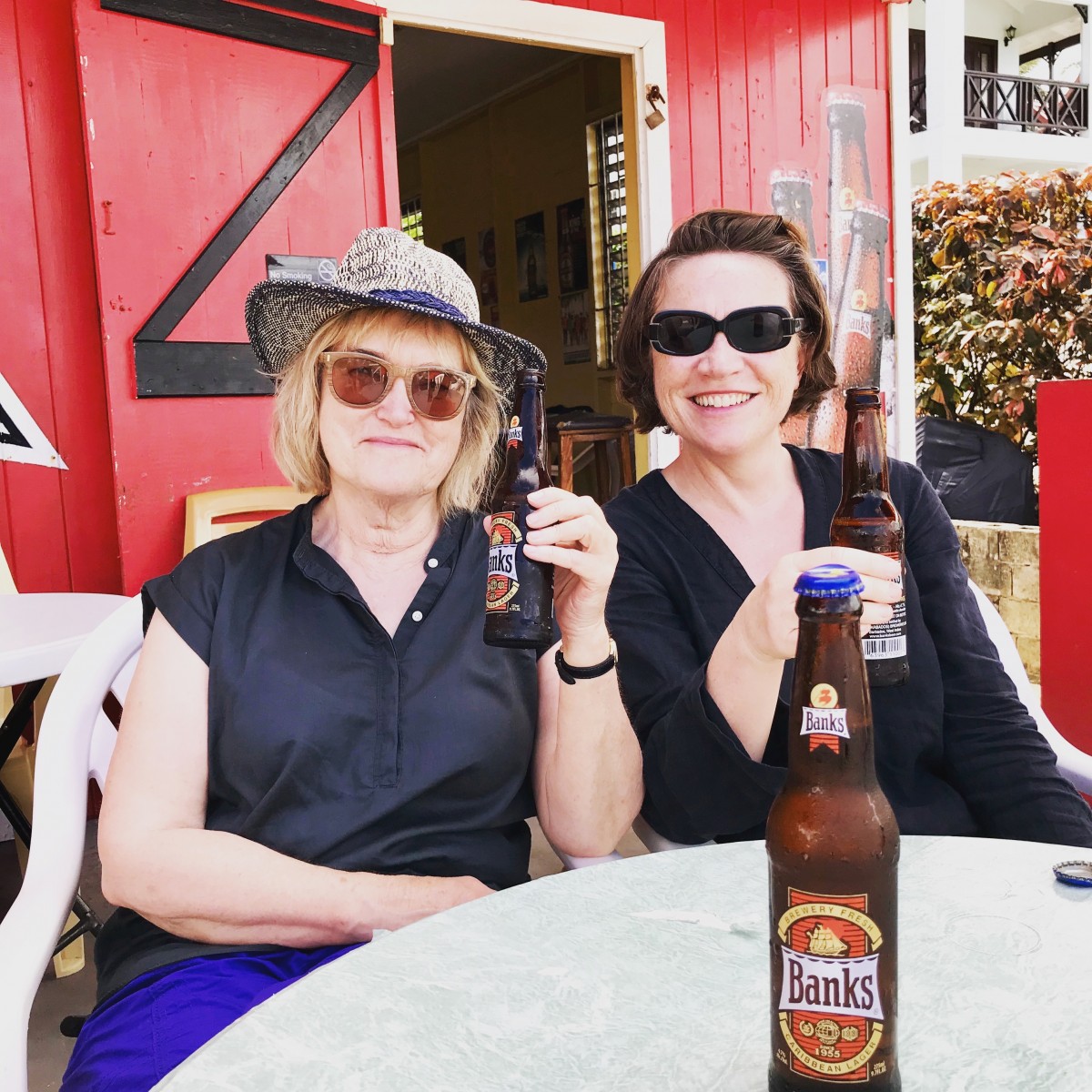 Actually a roll, cousin to a bap, faintly reminiscent of a bagel with its seductive chewiness, we got hooked the first day of our trip when they caught our eye in Massey’s supermarket (which bizarrely also sells Waitrose own label breakfast cereal). The locals’ advice is that they “come up quite large, so we recommend that you cut each salt bread into 4 slices.” Afraid we had no difficulty in polishing off one each. 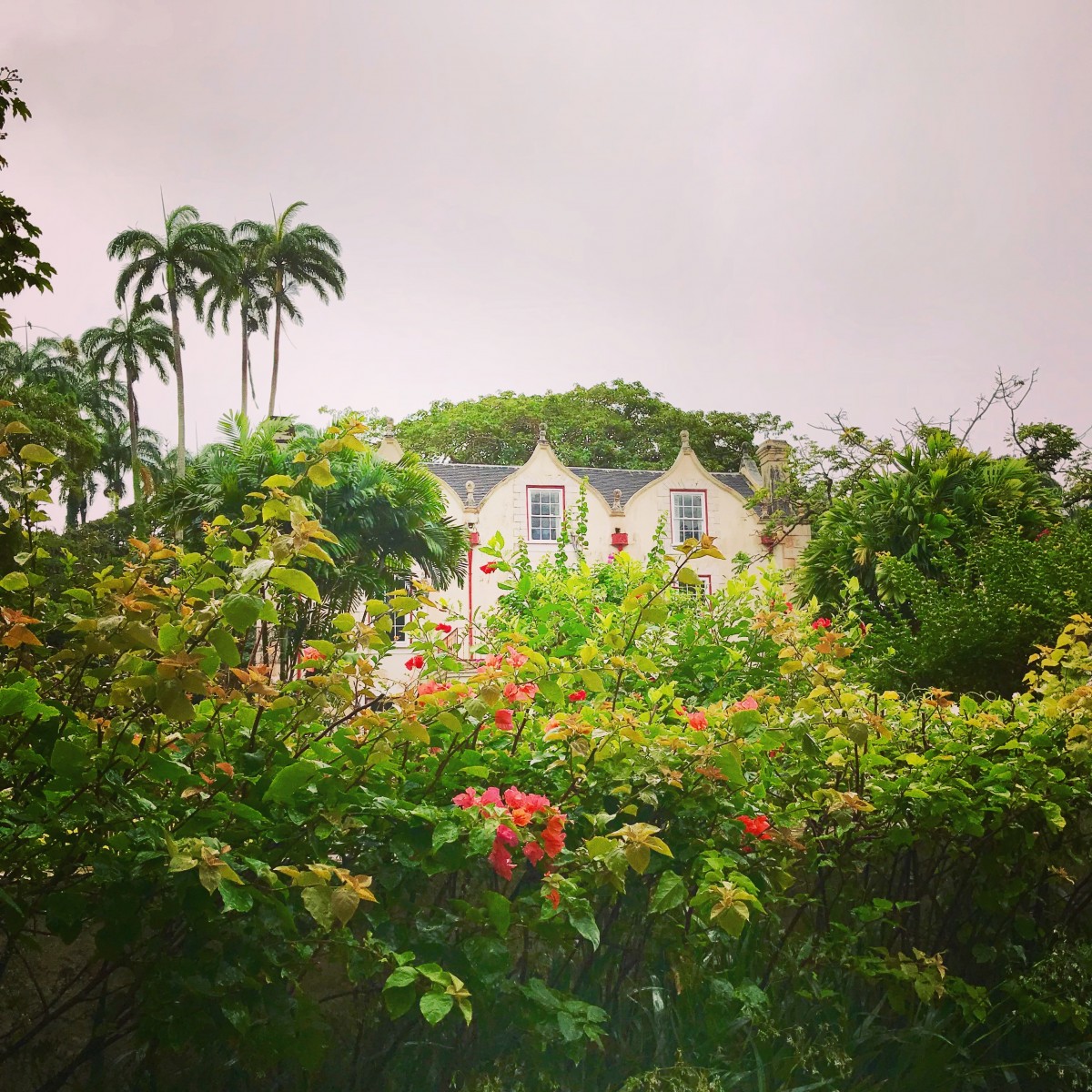 Barbados lays claim to inventing rum back in the 1640s, after the Dutch brought sugar cane to Barbados. The Island now boasts four thriving rum distilleries, with St Nicholas Abbey one of the oldest. It’s certainly the most beautiful, and one of three Jacobean style mansions remaining in the Western hemisphere, painstaking restored by Barbadian architect Larry Warren. Watch sugar cane being crushed in the original steam-powered mill from February to June, then try its delicious rums. Our favourite was the 12 year old, a snip (not) at BDS$240. 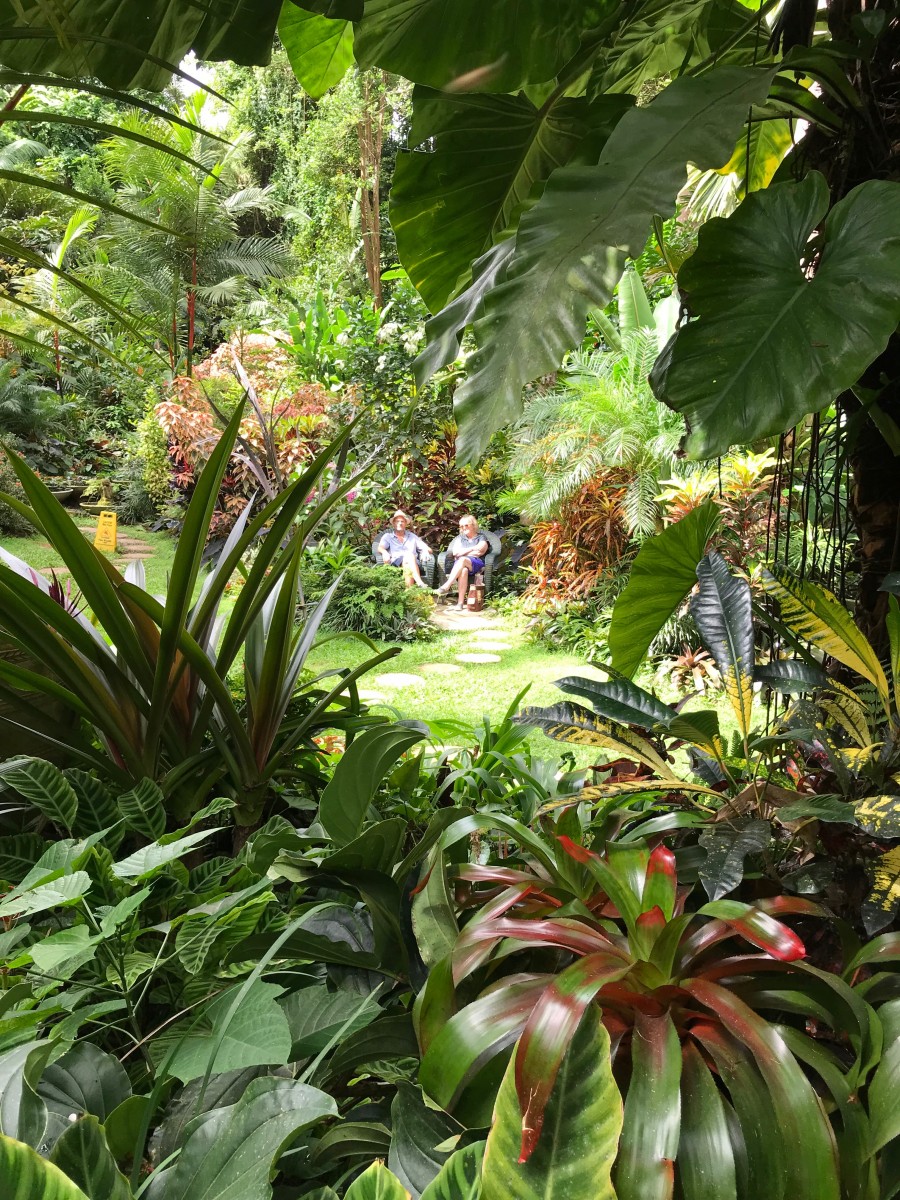 It’s hard to believe the lush Hunte’s Gardens on the north coast of the island isn’t over 100 years old but it was established in a sink hole by horticulturalist Anthony Hunte as recently as 2007. Full of towering palm trees and exotic plants it’s a plant-lovers* paradise (there are plenty of benches to sit on and soak up the greenery). Don’t miss the wildly romantic house either.

*Another point of similarity between the2fionas is that we LOVE a good garden.